The Search for Nessie 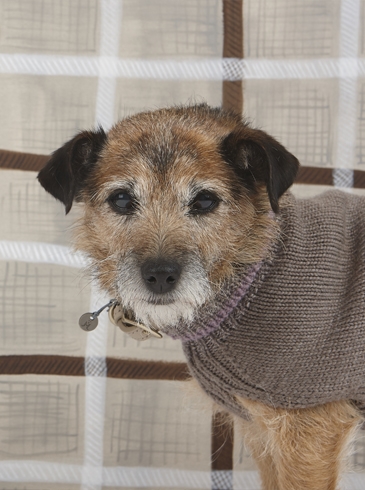 The Search for Nessie

There was once a wee little dog who spent his days in search of a monster. He sought to prove his bravery by facing the legendary Nessie. One day, as he was sniffing about the heather, he met an intriguing rabbit. The rabbit asked, “What is it you search for dog?” The dog replied, “The Nessie!” The rabbit twitched his nose in thought. “Silly dog, Nessie resides in the Loch - but you’re far too wee to swim it. Fortunately for you, I know a little magic.” The little dog wagged his tail in excitement. “Take this thistle with you down to the Loch, and keep close watch of the water”. Thistle in mouth, the little dog trotted on his way.

As the little dog approached the loch’s edge he felt a dampness in the air. The mizzle quickly turned to torrential downpour, and soon lighting and thunder followed. The little dog shook from cold and fear but stayed put with his thistle as raindrops drenched his fur.

After several hours in the rain, the sun began to set and he about to leave, when he spotted a small unusual movement in the water. A little head popped above the surface! Far from fearsome beast, Nessie was a little sprig of a thing! She gave a wink, leapt high out of the water and dived straight back in.

The wee little dog was so charmed, he told all he could the tale of a monstrous creature and fear of his tales kept locals and visitors away from the water. Nessie was thus left alone to her secrets in Loch Ness. To this day he is known as the brave pup who faced a monster and he never saw the rabbit or Nessie again. He can still be seen with his thistle though.

Mungo & Maud is taking you for an escapade in London with a very special guest. Art Historian and Director of The Wallace Collection, Xavier Bray & his adorable pug Bluebell are sharing their favourite addresses for a perfect day in the city.

Today, Mungo & Maud is taking you for a sunny walk in Lisbon, Portugal with our elegant and talented special guest, Accessory Designer, Rebecca de Ravenel and her two rescue dogs Luna & Frida.

This month, we’re in the City of Angels with the lovely and elegant actress, Kelly Rutherford and her two adorable dachshunds, Cappuccina & Twombly, visiting their favourite addresses in Brentwood Country Mart, Santa Monica… Serving: Delivery addresses outside the US and Canada
Billed in Pounds Sterling (£)
Orders shipped from UK

Serving: Delivery addresses within the US and Canada
Billed in US Dollars ($)
Orders shipped from Georgia, US